“They may forget what you said, but they will never forget how you made them feel.” – Carl W. Buechner

It doesn’t matter what you do for a living, you will need to speak publicly at some point in time.

This intensive one-day workshop is ideal for those of you who want to improve your public speaking skills and speak English as a second language.

The purpose of this class is to get you to deliver a 3-minute speech applying techniques such as effective eye-contact, vocal variety/voice projection and body language.

We will first ease you into an English-speaking environment so you can get comfortable with the language. Then we will work on several techniques to get you to relax, find your speaking voice, cope with stage fright, get comfortable with your own body language and connect with the audience through a powerful delivery.

Since we learn best when we are having fun, this workshop will be held at Bebesano, the perfect venue to create a friendly learning environment and to enjoy good food and drink.

We want to give you all the personal attention and feedback you deserve. For this reason places are limited and we encourage you to book yours no later than June 5th.

An upper-intermediate/advance level of English is required.

For more information send an email to aline.interpret@gmail.com

Aline Casanova is a conference interpreter, Toastmaster and English teacher. She’s had formal training in dance, voice techniques, and public speaking in the U.S.A. and in Spain.

Pilar Barceló Soler is an English teacher specialized in speaking practice. She has worked for several international organizations and has been in charge of delivering training workshops for the British Council across the UK over the last two years.

Virginia Vázquez Vaccaro is a conference interpreter and specialised translator. She was the official interpreter/translator at the Argentine Embassy in London and a project manager at the British Council before moving to Spain. 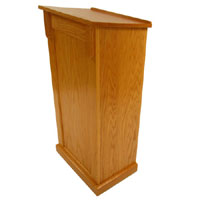 My second speech was called Dangeorus Heigths. I thought it would be the perfect opportunity to challenge some cultural assumptions about high heels, present the health risks associated with them and and talk about their history.

In Toastmasters the objectives of the second project are the following:

Create a strong opening and conclusion.

Select an appropriate outline which allows listeners to easily follow and understand your speech.

Make your message clear, with supporting material directly contributing to that message.

Use appropriate transitions when moving from one idea to another.

From the manual I learned a very useful technique to organize information that I had never used before and I think I’ll use it from now on because it helped me solve one of my biggest challenges as a communicator: there is so much I want to say that it is really quite a challenge to decide what the main point will have to be.

The preparation technique consist in writing your main idea as a key word or short sentence on a card. Then you can develop the idea on the other side of the card. What I did in addition to this was to add a word on the corner classifying the idea developed on the card as INTRO, CONCLUSION, HISTORY, SYMBOLISM, HEALTH.

Once I got to writing down my outline the cards were very helpful because I could place them and move them according to the classification I had made. this allowed me to notice that if some information was repetitive or if it didn’t really support the main thread.

When I got to the club meeting, I made sure I arrived a bit early so I could place my visual aids under the lectern. I learned from the first speech

that it is not a good idea to come up when you are called and waste precious time and attention shuffling papers around.

I was very nervous, as usual, but I’ve been learning how to control myself. I was shaking at first but I managed to stop and breathe, smile and get talking!

The feedback I got from the club was wonderful although I must say it is not all objective, and if you are sensitive to criticism, like I am, you’ll have to learn how  not to take it personal. After all, the point of joining Toastmasters is to polish your public speaking  skills, and you have to consider your audience’s perceptions of what you say and how you say it. Overall, the club noticed my improvement in my use of notes  (I didn’t use tham at all, I memorized the whole thing!), visual aids and body language; they suggested I need to speak louder, smile more often and add vocal variety.

It took me a few days to recover from the stress of preparing and the adrenalin from delivering, but I finally feel ready to start preparing project number three.